Show People They Are Valued 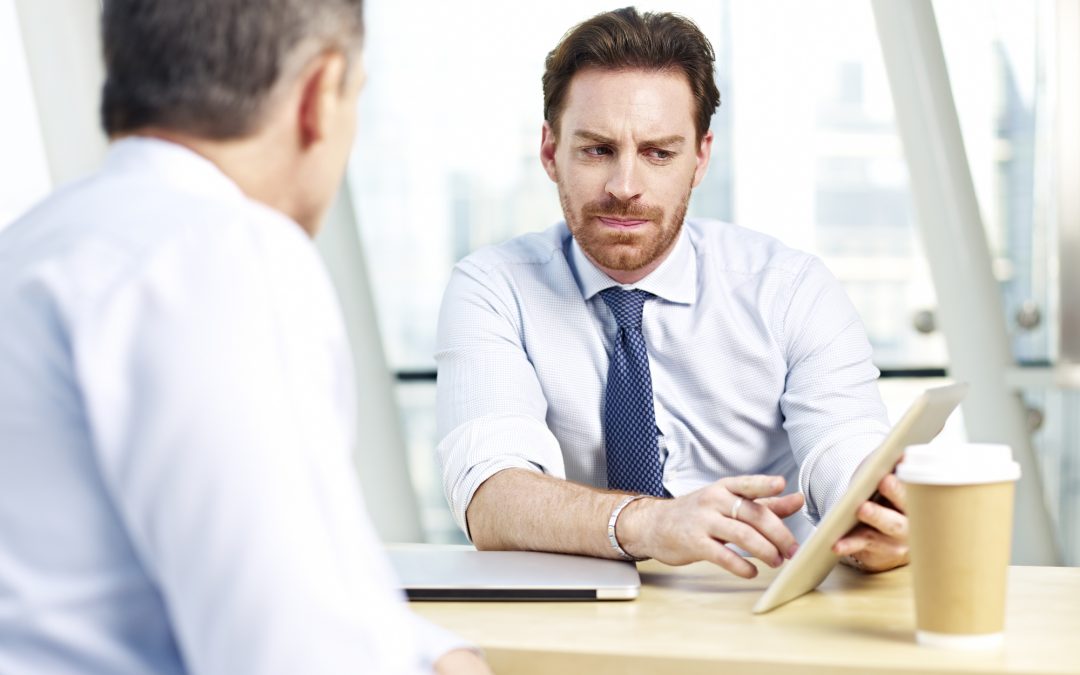 Ann comes into my office and is really upset about how her review went with her manager. She can’t believe that, for all her hard work last year, she was rated “acceptable.”

She exclaims, “I didn’t work that hard to be considered average. It really hurts that my manager and this company don’t really value me or my work.”

I think to myself, that’s likely not at all what her manager intended or what he thinks of her. He’s simply one of the tougher raters who believes the only way to get above average is to do something spectacular (and he’s not even clear what that is).

A few months later, Ann gives her notice and is moving on to another organization for greener pastures. This leaves me pondering whether the performance feedback conversation led her to seek out new opportunities given that it left her feeling undervalued.

The Problem with Historical Approaches

Traditional practices often reinforce developing ratings around bell curves with only a small percentage of people as high performers and an equally small percentage as poor performers. This model leaves the bulk of the team in what’s known as the middle of the curve with ratings such as acceptable or within expectations, just to name a few.

So, what’s the problem with being in the middle?

Being categorized as within the normal range can easily leave people who are invested in their work feeling disappointed. I’ve had many conversations with people who speak of feeling downgraded. And I’ve spoken to just as many managers who are confused about why being seen as mid-range can be so bothersome to some people. In watching these scenarios unfold, I have to ask: “What’s the purpose of these ratings, and is it worth the damage they can do?”

The purpose of the ratings is often to either drive compensation is-sues or identify performance concerns. In other instances, performance ratings are simply being done because of past practices.

Recently, we had a discussion with participants in a global People Value Stream Network session. Roughly half the participants said their organizations were following traditional ratings and review processes. Many of these same organizations were considering making changes in the future. The other half of the participants had either shifted to approaches that don’t include ratings or other options. A number of them had researched or considered significant changes to how feedback was delivered to both improve performance and in-crease engagement.

A clear best practice of continuous improvement cultures of any kind is the value placed on each team member’s contribution to achieving success. In recognition of what it takes to motivate people and drive performance, they often remove performance ratings and focus on quality feedback. In addition, these organizations often don’t use the results of the feedback to drive raises, but instead use other criteria to establish compensation levels. The goal of the feedback is to continue to drive a clear vision for high performance and provide feed-back to bring out the best results from everyone. They often make considerable efforts to develop the ability of their leadership and their teams in general to provide effective feedback that ensures a positive impact.

So, doesn’t it make more sense to use feedback as a way to improve the performance of everyone?

Focusing on Individual versus Team-based Results
Another issue that often arises in performance reviews are the unintended consequences of focusing on the individual. Admittedly, for many years the importance of this concept was lost even on me. Ed-ward Deming in his book Out of the Crisis speaks to the problems with individual performance appraisals that don’t support how groups work together to support a total system of processes.

In Deming’s presentation of a case against performance appraisals, he lists a number of likely consequences of performance ratings that are counter to efforts to drive quality processes and organizations. Specifically, Deming notes that if we believe that people aren’t the problem but more often it’s a process problem when things don’t go right, why reinforce individual impact?

Processes and systems take teamwork and consistency, and root out human performance issues. Hence, why haven’t our performance review systems been revised to reflect this?

While I don’t purport to have the perfect or simple answer to how to do performance reviews, I am sure that this topic merits thorough consideration. Only through discussion and reflection can organizations sort out the desired outcomes from performance feedback and prevent unintended consequences, especially given that the consequences involve damaging team member engagement, lowering the level of psychological safety and even the overall level of success.

As we come into the period of the year when reviews are often done, it’s a good time to consider the impact of the process on your people. Here are just a few questions that can assist in this process:

• Is your review process enriching everyone’s morale or just a few people?
• Is the idea “we don’t need to praise people for just doing their jobs” prevalent amongst your leadership?
• Is there a sense that there’s a limited amount of praise to go around?
• Is a negative performance rating the best way to address people currently not meeting expectations?

Following are some reflection questions your groups could discuss as you approach the next year. Keep in mind that the time to announce a change in how performance will be reviewed is often well ahead of time. If you want reviews to be significantly different a year from now, the time to announce that would be on the front end of 2021 so people are clear on what will be different.

For those of you who say it’s too late to do anything about it now, that’s not necessarily true if you simply make the plan to make the changes for the year to come. Think of rolling out projects for feed-back as a way of setting expectations for what you want to see. You always want to give people time to understand and practice what you’ve asked for before you’re providing feedback on how well they’re doing it. It’s never too late to clarify expectations if done in a positive manner and with sufficient support.

With that being said, here are the questions for your reflection going forward:

• What behaviors do you want to see increase in the next year?
• What do you believe is important in making your business successful and how does individual performance relate to it?
• How effectively do your leaders deliver feedback?
• How often is feedback being delivered and is it often enough to be helpful?
• Do you commonly find your people surprised by the feedback in their reviews and if so, what needs to change to stop that from happening?

A practice that I suggest teams can use as support to these questions is to use some readings or podcasts as impetus to trigger new thinking. Remember, there isn’t one right answer for all organizations. What matters is that organizations are intentional about what they’re doing and its impact on their organization.

If you’d like to discuss revising your approach to performance reviews, you can reach me here. I offer consultations at no charge up up to 30 minutes to provide additional resources and insights on revising approaches to performance feedback.