Leadership is a Team Sport 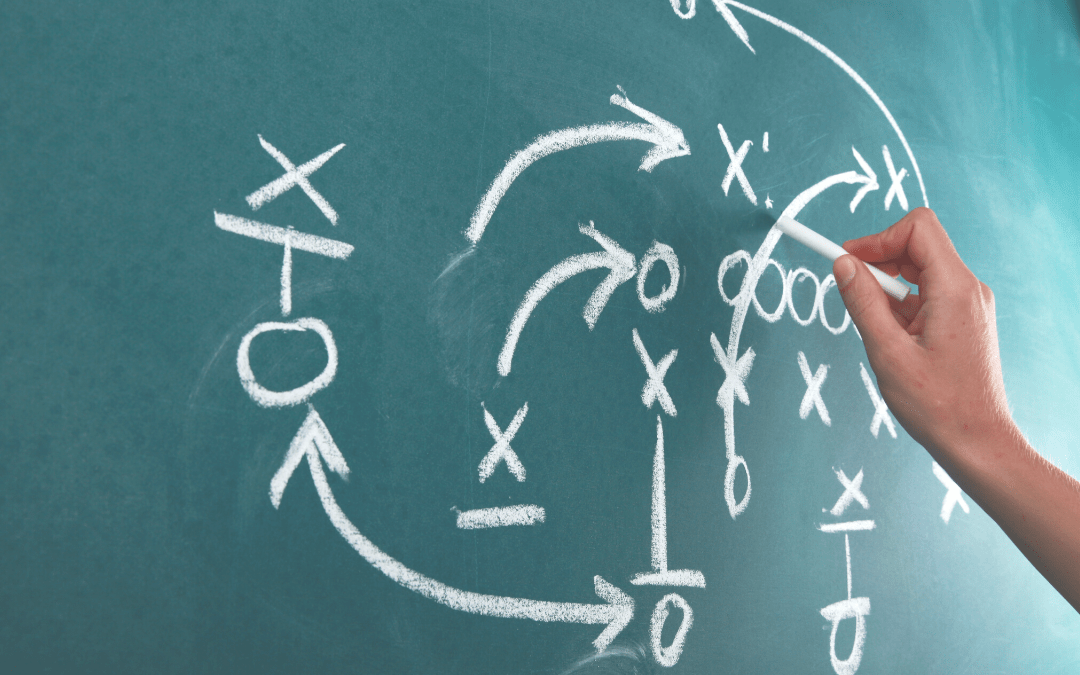 The following is a case study on a heavy manufacturing company with about 200 employees. They experienced significant sales growth but struggled to meet the growing demand for their products. With such rapid growth they were challenged to find the number of leaders needed to support their growing team.

While the company was recognized as a great place to work and hailed for their people-centric culture, they struggled to develop effective leadership styles and hold their people accountable. They wanted, and needed, to implement new skills to improve their manufacturing processes while developing leaders along the way. Listed below are some of the problems that existed when I met them and the changes that were made leading to new success.

Over the last few years, I’ve worked with this organization in supporting their leadership development for process leaders and their teams. Following our time working together on their leadership skills, they now have more depth of leadership both in the field and on the bench and they are launching a new cohort of leaders that includes a number of team members in leadership roles.

Once we implemented these changes they have found that as they open more leadership positions there are more than enough people applying with the skills needed to effectively lead their teams. Plus, they are better equipped to address a wide range of people-related challenges to drive the skills and processes for improving the work as they grow.

Some of the skills leadership sought to implement included problem solving, everyday work, and a structured quality management system. While these are easy to identify, they are challenging to implement sustainably. Whether they were looking to hold people accountable, solve problems methodically, or create leaders that effectively engage their teams, it required an understanding of how to implement these changes.

Here’s how we helped:

The company had several initiatives or strategies to reach its growth goals by applying new skills daily. They spent years attempting to implement them with no real success. While many guessed at the cause, no one could deny that their repeated efforts had failed.

The solution: Implementation of a one year program to provide time for building new skills and habits.

Just as a band-aid won’t cure a bullet hole, a single training won’t transform leaders into coaches. Developing a new leadership style takes one to two years. So we began with a one-year program and a plan to continue skill development in year two to ensure leaders understood how to implement the coaching style of leadership.

Struggle to embrace a coaching versus directive style

After many years of attempting to implement a Lean or Continuous Improvement culture, the manufacturing company leadership team recognized the need to move away from more traditional, directive leadership styles. However, like most other similar organizations, they struggled with switching to a coaching style of leadership

The solution: Emphasis on creating a supportive community with peer coaching made all the difference in finally achieving leaders who coach more of the time.

Initially, many leaders felt that it was their purpose to solve problems for their team. They expressed disappointment in themselves over shifting to someone who supports the team in solving their problems and feared giving up their role as the critical problem solver.

Progress began once leaders shared more openly and with some vulnerability. Sharing their struggle to shift to a less controlling approach when leading their teams allowed room for growth to occur.   Joining together as a leadership community allowed them to share a common problem and overcome it together.

Coaches that support the coaches

As an organization committed to the well-being of its people, it’s not surprising that they already offered some training programs intended to build people skills across their workplace and among their leadership teams.

However, these programs lacked a comprehensive approach for enabling more senior leaders to truly model and coach newer leaders in optimizing their teams. Even high-quality training failed to yield the desired results without an in-depth implementation plan. We changed the outcome with a more robust training plan that provided additional skill building for the coaches of the coaches:


The solution: Involving leaders in training their teams assists in creating expertise in these skills.

Teaching is one of the most powerful ways to learn. The newly designed training classes started with the more senior group of leaders and cascaded down to individual contributors and team leads. Then, using a train-the-trainer model, the people in charge of those groups repeated the class and began to teach the concepts.

The benefits of this approach happen when these concepts are taught on a day-to-day basis during everyday operations.

Leaders not on the same page

As with most organizations, either the leaders had never been trained in fundamental concepts or if they had been, it was with different concepts or models. Having dramatically different approaches to leadership prevented them from working together on how to best lead their teams or processes.

The solution: Repeated use of a model that covers core concepts.

We decided to use a single model for all leadership to streamline the process rather than several different ideas. By providing one set of consistent concepts, the model helped leaders develop a coaching style of leadership.

The Benefits of the CORE Leadership Approach

Halfway through the training, a job posting was created for an entry-level or new supervisor position. Considerably more people applied than the number of openings (which had never happened before). More importantly, most of the people who applied  had been in the training program and had developed considerable leadership coaching skills.

In addition to picking the next set of supervisors from a large pool of qualified candidates, they were also able to provide detailed feedback to the other candidates regarding areas for growth, and how to be ready for future leadership opportunities.

For the first time, the company could see what it would be like to have a significant amount of talent on the bench, and team members felt that there was a clear path to increase their skills and chances for future success.

Where historically employee issues might have required HR to investigate and decide an outcome, now the presentation of a wide range of situations showed that increased people skills were quite valuable. The leadership group worked together as a team and developed the questions to ask, collaborated on the answers, and established their own decision.

When they reviewed all this with HR before proceeding, the HR team was delighted that the leaders had taken the right approach and had considered several aspects of the situation before proceeding.

Another example is numerous times performance issues arose with people not working well together, accurately, or meeting other goals. Leadership learned how to diagnose the problem and strengthen their approach to closing the performance gap.

They shifted to being a team that realized they needed to exhaust leadership’s responsibility before assuming an employee problem.

Leaders became confident in their ability to be clear, firm, and kind

Many leaders found that their anxiety over holding people accountable felt harsh. As they began to lean into working from the heart, they learned that being transparent and firm shows they care and feel good for employer and employee.   The more often they experienced good results when using a caring attitude, the more they came to trust this approach.

I’ll never forget a team leader exclaiming how happy she was at night. She hadn’t realized how many team problems she carried with her. Her mind was typically a jumble of issues she encountered along with the stress of fixing them. But as this team leader found her footing as a coach, she saw her team began working out the issues, and it was no longer a burden solely for her to solve.

While a business certainly benefits from improved results like a better quality product, greater efficiency, and more vital teamwork. Leaders are generally held accountable for results and celebrated when they achieve them.

Leaders often expressed frustration and discouragement when they couldn’t get their teams on track to achieve their goals. However, as their skills improved and their team’s results improved, you could see the benefit to the business. The groups firmly established standardized work practices and held people accountable consistently for higher quality results.

The solution should match the problem

The initial work with this client happened over sixty days with two rounds of skill-building one month apart. Unfortunately, we found that much of the learning had dissipated six months later, and old habits had returned.

To resolve this, we shifted to a one-year approach with monthly practicums.

We learned that there’s a false belief that people don’t do things they should because various feelings or thoughts create resistance.

This is not an indication of poor performance, but simply the need for more resources and awareness to do the things they know are correct. We recommended that the company continue reinforcing the newly learned skills and encourage community between leaders and employees.

Coaching isn’t easy, so let’s not pretend it is

While I’m not sure people would describe coaching as easy, in this case, the team hadn’t defined or raised their awareness of how hard it would be, which caused unexpected challenges.

I was aware that this company, like many organizations, wanted to be better at coaching, but grappled to make much progress. For example, managers didn’t appreciate their ability to release some decision-making control to their teams. But they soon discovered during the continued training that productivity and employee satisfaction improved when this occurred.

At one point, a team member commented, “you know, even though I’ve worked with this group for years, and we’ve never discussed our challenges in being  the leaders we want to be. It just never seems to come up over lunch.”

The newly implemented regular team meetings during the CORE program provided a way to continue to bring up challenges leadership faced and provided an opportunity for the group to share their support, ideas and experiences.

At Lean Leadership Center, we help companies like this manufacturing firm create better leaders with ongoing training and development programs to improve communications, satisfaction, and productivity.

When you are ready to streamline your human resources and improve your team’s experience at every level, we can help. Reach out to me here and let’s get started.